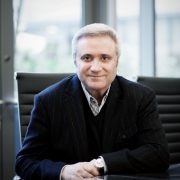 LOS ANGELES – December 7, 2016 – It has been announced today that SFX Entertainment will be rebranded as LiveStyle, Inc., and helmed by President and CEO Randy Phillips. The reorganized SFX Entertainment emerged from Chapter 11 bankruptcy protection on December 2, 2016 and boasts a wide variety of leading live electronic music properties and related lifestyle assets. LiveStyle is positioned to be the world’s largest electronic music event producer. Phillips will lead LiveStyle’s operations from Los Angeles, where the company will establish its worldwide headquarters.

Phillips said, “LiveStyle has the same potential that AEG Live had when I assumed the reins of that company as CEO. In fact, it has many more assets to build upon, has an impressive management team, especially at the event level, including most of the original founders of these world-renowned festival brands. Armed with no debt, a re-capitalized financial structure, and an incredibly supportive board, we will build LiveStyle into an essential company in the live entertainment sector. Having done this once before, my team and I are very excited to get started.”

LiveStyle’s leadership, in addition to Phillips, includes Charles Ciongoli, who will serve as executive vice president and chief financial officer; senior vice president, Alan Walter; and Jason Barr who will serve as the company’s senior vice president, general counsel and corporate secretary. LiveStyle’s board includes Phillips, Ciongoli, and representatives from the company’s various equity owners including Chairman of the Board Andrew Axelrod of Axar Capital Management, Douglas Forsyth of Allianz Global Investors and Nils Larsen, former President and CEO of Tribune Broadcasting.

“We are very supportive of the company and the many original founders and entrepreneurs that remained through the restructuring process, sharing in the vision of its tremendous potential. It is a very unique media platform that meets the ever increasing demand by consumers for exclusive, immersive experiences. With new leadership, including CEO Randy Phillips, and through focused investment and disciplined growth, we believe that LiveStyle will evolve into

Worldwide, LiveStyle will produce and promote single and multiday electronic music festivals across North America, Europe, South America, Australia and Asia. North American key operating entities including MADE Events, React, Disco Donnie Presents, Life in Color, and MMG, along with festivals and brands such as Electric Zoo, Spring Awakening, Mysteryland, Tomorrowland, TomorrowWorld, Sensation, Corona Sunsets, and Life in Color. In Europe, the company has an established track record with highly popular brands that average an operating history of 10-plus

years with key operating entities such as Monumental, B2S, ID&T, i-Motion, and Q-Dance, and festivals and brands including Q-Dance, Decibel, Tomorrowland, Mysteryland, Awakenings, Back- To-School, Air, Qlimax, and Sensation to name a few. LiveStyle also owns PlusNetwork in Brazil which produced the enormously successful Tomorrowland Brasil and produces tours by internationally acclaimed DJs and artists. The Tomorrowland brand is one of the largest and most popular EDM festival brands in the world, voted Best Music Event globally at the International Dance Music Awards every year since 2012 and selling out nearly instantaneously annually. Further, LiveStyle has a 40% participation in Rock in Rio, the wildly successful music and entertainment festival held biannually in Rio de Janeiro, Brazil, with spinoffs in Lisbon, Portugal, and Las Vegas.

Also owned by LiveStyle and reporting to the company’s board, while operating independently, are Paylogic and Beatport. Paylogic is a comprehensive ticketing services and solutions platform specializing in large peak sales events and technical and data integration with several online platforms. Since its foundation in 2005, Paylogic has sold 30 million tickets to fans from more than 200 countries for events in Europe, Asia, Africa and the Americas including concerts, festivals, sporting events, exhibitions, trade fairs, theaters and musicals. Beatport is the world’s leading electronic music-oriented online store and premier destination for professional and amateur DJs. Beatport’s all-inclusive EDM brand, across multiple genres, regions and formats, boasts more than 50 million unique users and the most important international chart in worldwide electronic music.