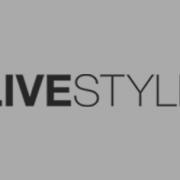 Originally published in Pollstar on April 1, 2019

The LiveStyle property AMF has hired a new West Coast director of business development, leadership announced April 1.
Taylor Stevens, who most recently has been running his own production and promotion company the CLCTV (previously Collective Effort Events), will expand the AMF and LiveStyle brands on the West Coast. He will report to LiveStyle president of North America Gary Richards.
“Taylor has an undeniable passion for the scene and creating exciting events,” Richards said in the announcement. “We look forward to him working on behalf of our brands and events, and for us to expand upon the events he is bringing to the LiveStyle family.”
See Also: Gary Richards Speaks On Friendship Cruise Maiden Voyage
Several CLCTV events are now being brought under the Livestyle umbrella. The company is promoting upcoming shows from Zedd, Flosstradamus, Slushii, Rufus Du Sol, Bob Moses and Galantis, all in California or Hawaii.
Earlier this year, AMF Presents also named Justin Marine director of business development.
Livestyle is the rebranded revival of SFX, and encompasses companies like Made Event, Disco Donnie Presents, B2S and React Presents, and includes festival properties like Mysteryland, Life In Color, Tomorrowland and All My Friends.
https://livestyle.com/wp-content/uploads/2016/07/livestyle.png 236 400 Candace http://livestyle.com/wp-content/uploads/2017/07/logo-1.png Candace2019-04-08 17:51:242019-04-08 17:51:24AMF HIRES TAYLOR STEVENS FOR BUSINESS DEVELOPMENT