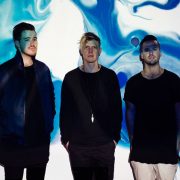 Originally published on July 16, 2018 in Billboard

The countdown begins to the first-ever Friendship Festival cruise. Gary Richards, aka Destructo, embarks on a new kind of entertainment, and as promised, he’s bringing all his best DJ pals. It’s a big moment for the Holy Ship! founder as he proves to fans and artists alike that he can bring that magic to a new endeavor as part of his new role as president of event conglomerate LiveStyle.

The headliners are stacked with a big bill from Australian trio RÜFÜS DU SOL, a band primed to have its best year ever when it’s forthcoming album SOLACE drops. German acid-techno god Boys Noize will drop experimental bass bombs, as will his fellow countryman Dixon serve the cutting edge in underground house and techno. The lineup also includes 2mnydjs, Peggy Gou, Claptone, Jackmaster, and many more.

Fans who sailed on the first Holy Ship! will be pleased to see a repeat inaugural performance from living burlesque legend Dita Von Teese, and everyone will throw their hands up in approval for a performance from disco icon, electronic music granddaddy and Friendship the guest of honor Giorgio Moroder.

The first-ever Friendship Festival sets sail Tuesday to Saturday, Dec. 11-15. It leaves the Port of Miami and heads to Coco Cay in the Bahamas for four nights of music, debauchery and togetherness. Cabins are sold out, but if you want to win a chance to go with three of your friends, you can enter the Friendship giveaway online. Check the full lineup for Friendship’s maiden voyage and hear a Spotify playlist highlighting the lineup’s artists curated by Destructo below.